Här är H.F.H. Prins Freis tal i dess helhet:
The renaissance thinker Macchiavelli wrote in his patriarchal manifesto and states-craft manual ”Il Principe” – The Prince, that one can become a ruler by birth, violence or luck. In late 2014 I accidently became the Monarch of the brand new micronation of Lorenzburg in the heart of Scandinavia. I say this rather casually, and you are quite right to suspect that there is a deeper story to be told, but for now I’ll just mention that my new position has inspired me to add another, more fun-affirming, item to Machiavelli’s original list: Namely that it is possible to become a Prince through art.
My name is Freï von Fräähsen zu Lorenzburg and I am here today, not as an authority on performance art or as an über-charged laser-sharp academic, but as a storyteller, an artist and a humble fairy tale Prince, hoping to share your delight in this feast of live art that we are about to be served.
The world is a stage and the institution of the Monarchy is a grand spectacle of smoke, mirrors, gold and velvet- all designed to create the illusion of otherworldly power and beauty. In my own struggle to learn how to work as a Royal, I soon realised that we, the Empresses, Popes, Kings and Princes are nothing more than highly specialised, and sometimes rather well paid, performance artists. And the particular area of Royal performance art, I think, consists of parades, ceremonies and similar ritual events to rub off some of the royal aura of mystery to the occasion. Please allow me to quote one of my royal colleagues, the 17th century Swedish philosopher Queen Kristina:
“Ceremonies have the same effect as tobacco, they lighten up the collective mood…”
Now, I couldn’t in good conscience endorse the nasty habit of smoking, but I do recommend a little bit of ceremony every now and then. Of course you already know about the well-documented connection between the anthropological field of ritual studies and the performance art field. Stylised, often symbol-heavy, repetitive, ritualistic actions are some of the characteristics of our art-form, weather we are princes or other species of performers.
Wouldn’t life be an unbearable flatline of grey normality without any spikes of beauty, adventure… yes, even danger(!), just to create some landmarks that are unique to your own unfolding story? A little bit of ceremony draws your attention to an event, it creates a sacred space and a magical time that is decidedly different from the mundane activities of your every day life. In his book “Homo Ludens”, which was published in 1938, the cultural history pioneer Johan Huizinga proposes that play should be considered as the driving force that shapes human culture. All humans, as indeed many other animals, seem to have a built-in understanding of the contract and dynamics of playing. Huizinga suggests that playing is a ritual activity that takes place inside a temporary alternative reality, as long as the participators in the game agree to stay within the magical circle of imagination.
I think that ceremonies have a similar potential to invite the participants on a journey to the mysterious times and places that hide beneath the surface of every moment. Here I would like to offer another quote from the late Queen Kristina of Sweden:
“The past is gone, the future is uncertain. The present moment is just a point, but one day this terrible point will decide our future”
As artists we become experts at drawing a ritual circle of protection between what is and what could be. I think it is our duty to create those dense points of time and activity that my spiritual foremother Queen Kristina speaks of. It is our duty, and our privilege, to create terrible, or rather awe-inspiring, points of beauty, kindness, hope and magic, but also of ugliness, pain, rage, crisis and criticality. And one day these points, our artistic activities, may emerge from the hiding places of ceremony, play and imagination and they will decide our future.
To conclude my royal performance of festival openings, I would like to evoke for your inner eye, the renaissance and baroque art genre called Vanitas – or vanity. Close your eyes if you will, and Imagine a sumptuous table or smorgasboard if you prefer one of the few Swedish words that has ever been adopted by the English language. Now, visualize piles of jewels, rich fabrics, poetry books, music instruments, wine in fragile crystal glasses and lobsters and caviar (or their vegan alternatives). Also put beautiful flowers in silver vases on the table and add mirrors in golden frames as well as a decorated sword. On top of it all add a human skull that whispers Memento Mori – “remember that you are mortal”. Now fill the surrounding space with delicate soap bubbles that glitters with all the colours of the rainbow until they eventually burst, as they must. Picture all of this as clearly as you can, then open your eyes.
Homo Bulla Est – this is latin for “Man is but a bubble”. Of course this applies equally to people of all, or no, genders. The point is that life is splendid but short. We are here only for a brief time to play, to love, to enjoy.
Our artform, yours and mine, is transient. We perform acts of art and pleasure, and then they are gone. They burst like bubbles, yes, but the moment of their popping also means a release of those hidden, awe-inspiring, points of potential change that Queen Kristina mentioned.
Thank you Anna Carlson and Jill Lindström, and thank you dear colleagues, for preparing an aesthetic banquet far richer than any Vanitas painting. I, for one, shall enjoy myself royally!
And so, in the tradition of Grand Openings, It is my great honour and privilege to declare this, the fourth 13festivalen, opened. 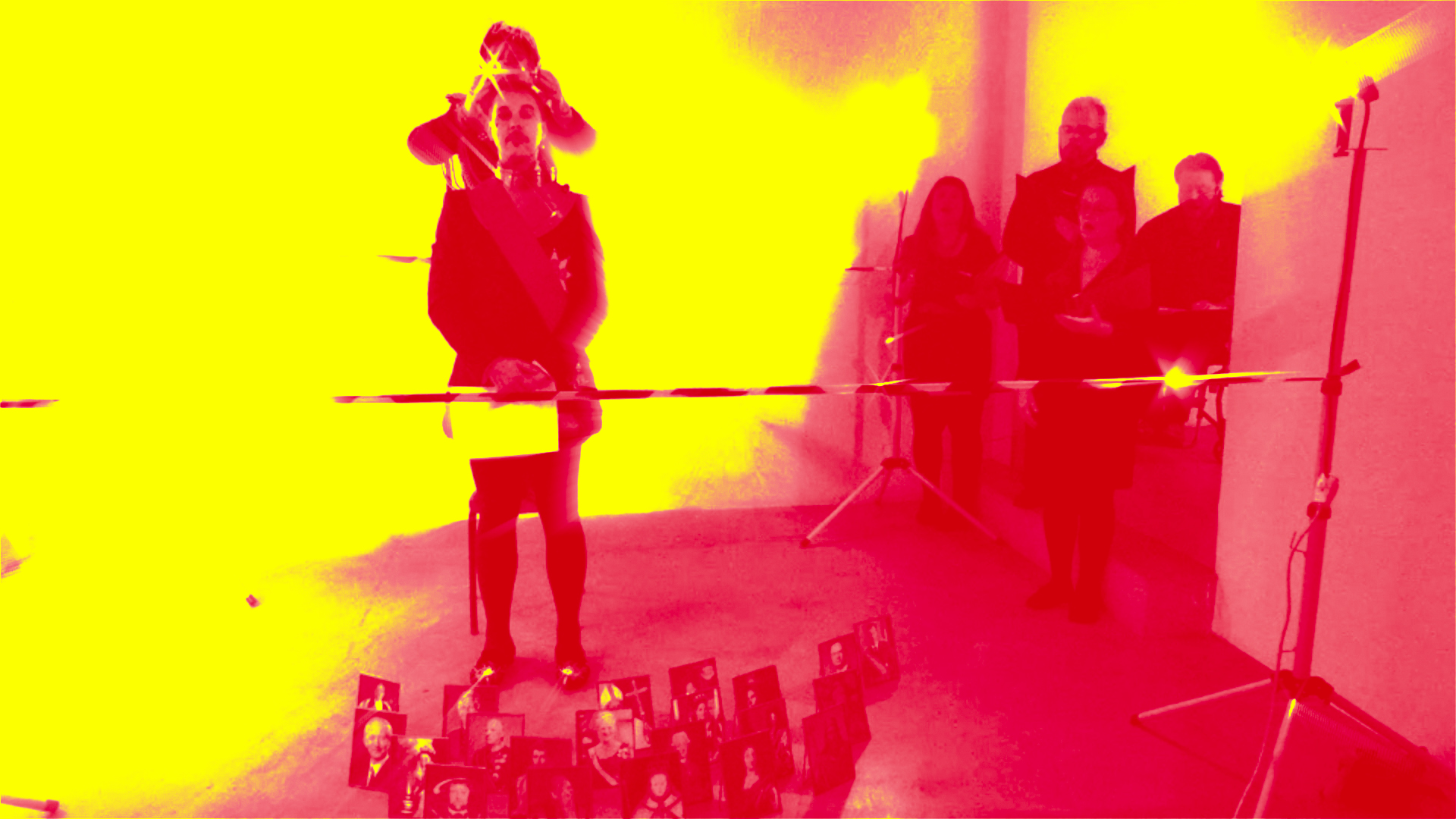